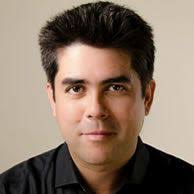 Mark was raised in Wales, studied music at Oxford and singing at the Royal College of Music supported by The Countess of Munster and The Arts Council of Wales. He continues to study with Joy Mammen.

In 2001 Mark was selected to be a Vocal Fellow at Tanglewood Music Centre and in 2004 was selected to take part in the ‘Operalia’ competition in Los Angeles where he sang for Placido Domingo. In October 2005 he was announced as one of the first recipients of the Susan Chilcott Scholarship enabling regular lessons with Dennis O’Neil, and in 2006 became a Samling Scholar.  He has twice been a finalist in the Young Welsh Singers Competition performing live on BBC radio and television and also won the National Federation of Music Societies Award.  Most recently he recently featured in BBC Radio 4’s ‘Changing Voices’ programme.

Concert appearances include the Wigmore Hall with The Wallace Collection, Kurt Weill’s Seven Deadly Sinswith Cleo Laine, Messiah with the CBSO at Birmingham Symphony Hall, Brubeck’s La Fiesta de la Posada at the Barbican Centre, Haydn’s Creation with the Northern Sinfonia at The Sage Gateshead and Mozart Requiem  with the Britten Sinfonia in Kings College Chapel. Mark is also a keen recitalist and has appeared at St David’s Hall in Cardiff, the Wigmore Hall with the Samling Foundation, the Ludlow English Song Weekend with Iain Burnside, in a Britten programme with Roger Vignoles, and has worked with Ned Rorem on a performance of his songs at Tanglewood.

He is a member of ‘Singer’s Direct’ and lives in West Ealing with many books, an old piano and three chickens.