Bringing music to Ealing Abbey for more than 100 years 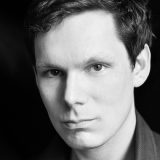 Richard Leach has been the Organist of Ealing Abbey Choir since 2012, having previously been Assistant Director of Music at Worksop College after holding organ scholarships at Pembroke College, Oxford and Canterbury Cathedral. He also teaches the piano and organ at St Benedict’s School and is the regular accompanist for Streatham Choral Society and The Music Makers’ Choir of Harpenden. He has given organ recitals at Canterbury Cathedral, Nottingham Parish Church of St Mary the Virgin, All Saints Marlow, and at The Queen’s and Magdalen Colleges in Oxford. Richard is also a freelance piano accompanist and conductor and has played at the Wigmore Hall, for the Concordia Foundation, and as a staff accompanist at the Royal Academy of Music. He has performed live on BBC Radio 3’s In Tune as well as on The Choir with Blossom Street. Conducting engagements include Messiah (The Merry Opera Company), Il barbiere di Siviglia (Pop-Up Opera), and Tosca (Grimeborn); he was assistant conductor for the Woodhouse Festival 2014 and for Royal Academy Opera’s productions of Le nozze di Figaro and L’incoronazione di Poppea and was chorus master for Ariodante and May Night. He has worked as a répétiteur for The English Concert, The Grange Festival, the Philharmonia Chorus and The Monteverdi Choir, and as an operatic coach at the Royal Academy of Music and Trinity Laban Conservatoire. Richard studied at Oxford, Cambridge, and the Royal Academy of Music.